Being sports lovers, and basketball in particular, we were really excited that the Southern Conference Championship or SOCON was coming to Asheville again for 2014.   The SoCon consists of Davidson, Chattanooga, Wofford, Elon, Western Carolina University, UNC Greensboro, Georgia Southern, Samford, Appalachian State, Furman, and The Citadel. 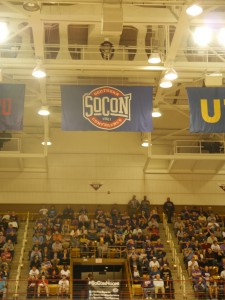 The SoCon Championship is such a great event for our area.  Not only can we watch really good basketball at an affordable price and spend time with family and friends, but it also brings in revenue to our area among other things.

We were excited to attend both the mens semi-finals and finals.  The crowds were fantastic at both but I must say the Wofford and Western Carolina fans really turned out to support their teams on Monday night! 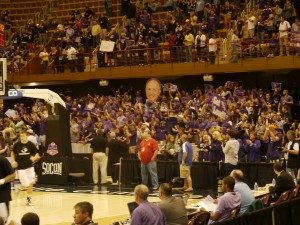 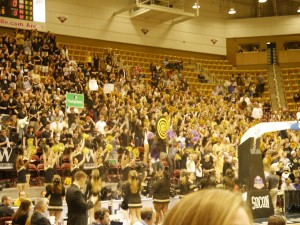 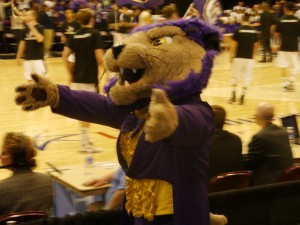 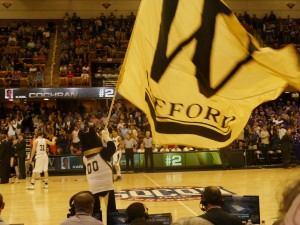 The game was intense and the score was close the whole time.  Definitely some great basketball played by both teams! 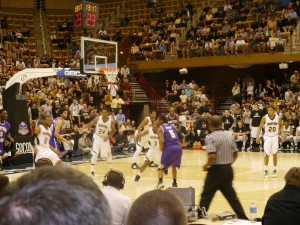 In the end, Wofford pulled out the win, defeating WCU 56-53.  Good job to all teams!  We’re looking forward to attending again next year. 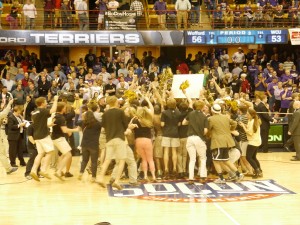